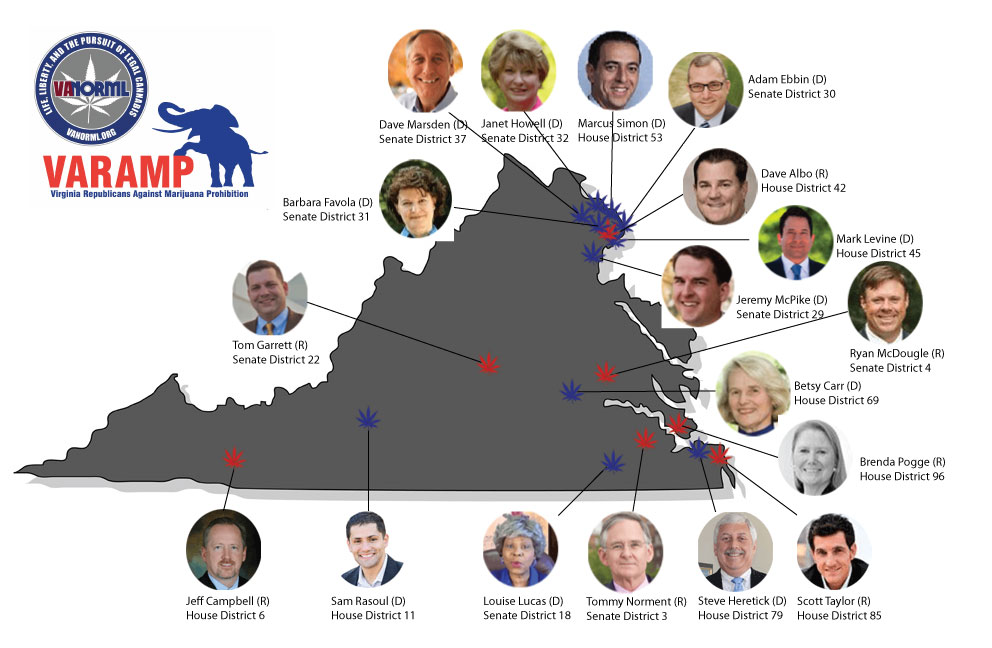 Dr. Melanie Crovo of Virginia NORML's Roanoke Valley chapter has written an excellent Letter to the Editor of The Roanoke Times.

When our members' letters are published, our message reaches many people who otherwise might know little about the critical need for marijuana policy reform in Virginia. Virginia NORML encourages you to write a similar letter to YOUR local newspaper, and help advance reform in Virginia.

We can’t win without your support. Please donate today.

WDBJ7: Group plans to lobby for decriminalization of marijuana

Read the article and view the interview here.

Read and view the story here.

Be sure to take the 8News Daily Poll: Should marijuana be decriminalized in Va.?