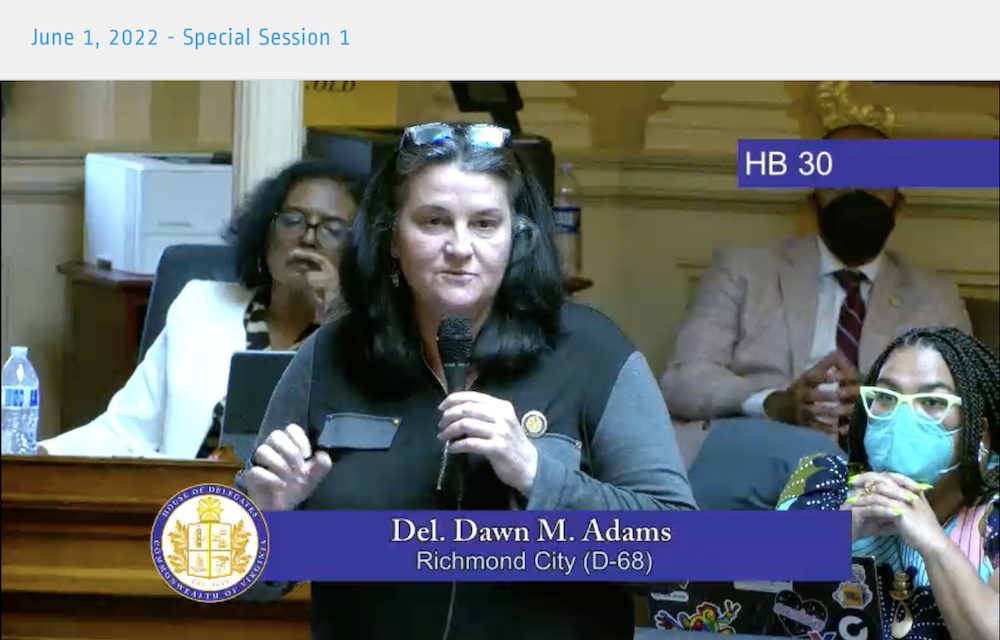 Del. Dawn Adams speaks in opposition to the new misdemeanors during floor debate

Today, the Virginia General Assembly voted to approve the budget bill which contains language to recriminalize personal possession of over four ounces of marijuana in public. The language, which creates two new misdemeanors, will take effect immediately upon Republican Governor Glenn Youngkin’s signature on the budget.

Currently, the personal possession in public of more than one ounce and up to one pound of marijuana by adults 21 and older is subject to no more than a $25 civil penalty. Upon the Governor’s signature, personal possession in public of over four ounces and less than a pound of cannabis will be a Class 3 misdemeanor, making it punishable by a $500 fine. Second or subsequent offenses will be Class 2 misdemeanors punishable by up to 6 months in jail and/or a $1,000 fine.

“Rather than creating additional ways to criminalize Virginians for personal possession of cannabis, the Virginia General Assembly would better serve constituents by establishing a legal adult-use marijuana market and ensuring that all cannabis products sold in the Commonwealth are accurately labeled and regulated for consumer safety,” said JM Pedini, NORML’s Development Director and the Executive Director of Virginia NORML.

"Virginia has by legislating through the budget, legalized retail marijuana, we are just going to call it 'hemp,’” Delegate Dawn Adams, who spoke against the budget language, told Virginia NORML. “All tetrahydrocannabinols - not just delta-9 THC, but delta-8 THC and other synthetics - with the stroke of Governor Youngkin's pen will be legal in Virginia as long as it is labeled 'hemp,’” added Dr. Adams, a nurse practitioner with substantial expertise in cannabis medicine.

During the April veto session, Gov. Youngkin attempted to recriminalize activities involving the possession of two ounces of marijuana by adults via the enactment of an amendment to SB 591. That effort failed with the Senate of Virginia’s refusal to advance the amendment.

During the 2022 Virginia General Assembly, Republican members of the House General Laws Subcommittee halted any further advancement of Senate-backed legislation, SB 391, that sought to initiate retail marijuana sales to adults beginning this September.

“There appears to have been a fundamental lack of understanding by budget conferees of existing marijuana laws. If their intent was to prevent public possession of higher quantities of cannabis in public as a way to reduce illicit transactions, then they ought to have known that distribution of and possession with intent to distribute marijuana in any amount is already prohibited by multiple Code sections. The General Assembly has adopted new penalties for actions for which penalties already exist,” noted Pedini. “Additionally, the 4-ounce possession limit is for ‘marijuana,’ the definition of which includes cannabis flower, seeds, concentrates, and edibles. Until the Cannabis Control Authority Board of Directors is able to promulgate the equivalent possession amounts for edible and other extraction-based formulations, Virginians can quickly run afoul of this new law.” 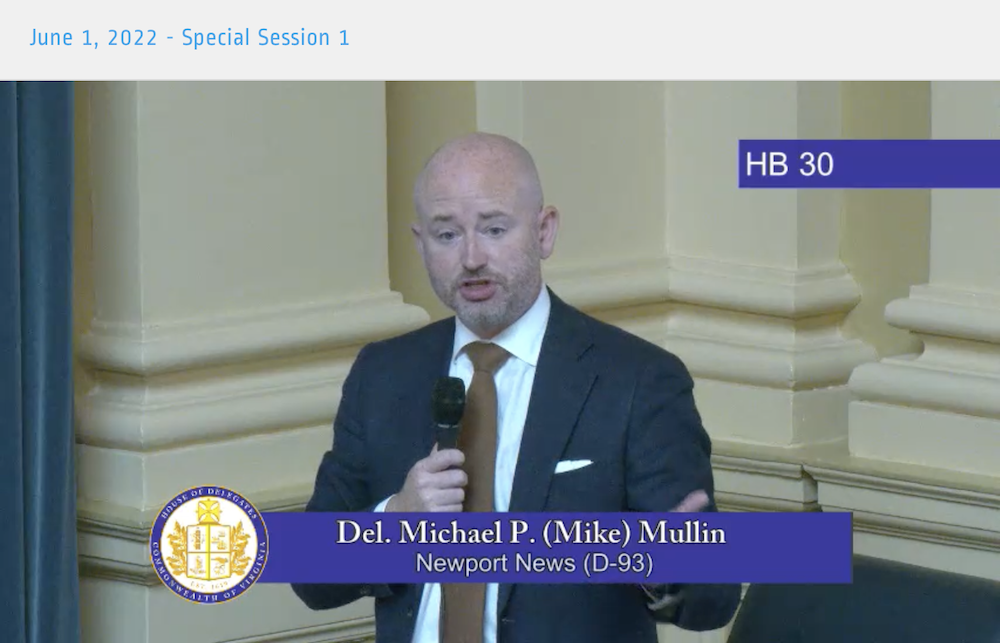 Del. Michael Mullin speaks in opposition to the new misdemeanors during floor debate

Virginia NORML successfully advocated for language included in the budget to clarify that possession of cannabis in one’s residence for personal use is not subject to penalty and to eliminate multiple  Class 6 felonies related to personal cultivation – failing to tag plants, shield them from public view, or prevent access by those under 21. When the new law takes effect, such minor personal cultivation infractions will be subject to no more than a $25 civil penalty.

Additional budget language will also prohibit the retail sale of any product containing THC  that is ingestible “orally or by inhalation” to those under 21 and prohibit packaging products to look like other famous brands.

“The approved consumer safety language requires only the most basic level of testing and consumer information for the otherwise unregulated products flooding the market. It also maintains existing  loopholes for synthetic marijuana and high-THC products to be sold at retail and wholesale outside of the strict regulatory oversight currently required for legal cannabis products produced in Virginia,” added Pedini.

Legislation signed earlier this year by Gov. Youngkin, HB 933 and SB 671, to eliminate the requirement that patients register with the Board of Pharmacy after receiving their written certification from a registered practitioner takes effect July 1, 2022. At that time, patients will only need their written certification to shop at one of the state’s ten operational dispensaries. Patients must still see a registered practitioner to obtain this certification and Registered Agents will still be required to register. Patients who would like to receive a physical card will still have the option to request one by registering with the Board of Pharmacy.

“These legislative improvements will bring great relief to the thousands of Virginians waiting to access the medical cannabis program,” said Pedini. “We hear from dozens of Virginians each week who are struggling with the registration process and frustrated by the 60-day wait to receive their approval from the Board of Pharmacy,” Pedini added.

There are currently over 50,000 program registrants. At the time of passage, there were an estimated 8,000 applicants still awaiting approval.