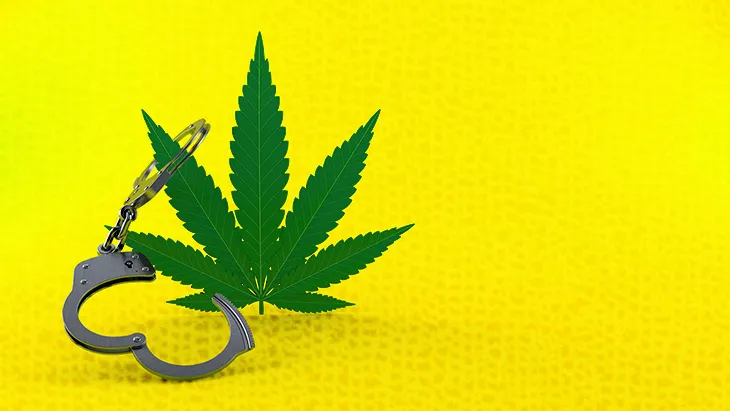 Republican Gov. Glenn Youngkin is seeking to re-criminalize certain activities specific to the possession of marijuana in Virginia.

The Governor has proposed an amendment in the nature of a substitute to SB 591 which would create two new misdemeanors for personal marijuana possession.

“Instead of creating new ways to criminalize Virginians for personal possession of cannabis, Governor Youngkin’s administration would better serve his constituents by establishing a legal adult-use marijuana market and ensuring that all cannabis products sold in the Commonwealth are accurately labeled and regulated for consumer safety,” said JM Pedini, NORML’s Development Director and the Executive Director of Virginia NORML.

The Governor’s amendment would also prohibit the retail sale of “synthetic delta 8” as well as the sale of any hemp product containing THC to those under 21. Included from the original version of SB 591 is the addition of THC-O and THC-P to Virginia’s Drug Control Act, making possession and sale of such products illegal.

“The proposed amendments not only undermine the original consumer safety objectives of SB 591, but codify loopholes for synthetic marijuana and high-THC products to be sold at retail and wholesale outside of the strict regulatory oversight currently required for legal cannabis products produced in Virginia,” added Pedini.

Earlier this week, Gov. Youngkin signed HB 933 and SB 671, to provide numerous operational improvements to the state’s medical cannabis program, including eliminating the requirement that patients register with the Board of Pharmacy after receiving their written certification from a registered practitioner. Beginning on July 1, 2022, patients will only need their written certification to visit a dispensary in Virginia. Patients must still see a registered practitioner to obtain this certification.

“These legislative improvements will bring great relief to the thousands of Virginians waiting to access the medical cannabis program,” said Pedini. “We hear from dozens of Virginians each week who are struggling with the registration process and frustrated by the 60-day wait to receive their approval from the Board of Pharmacy,” Pedini added.

There are currently over 47,000 program registrants, with an estimated 8,000 applicants still awaiting approval.

The new laws will take effect July 1, 2022. Until that time, patients will still be required to register with the Board of Pharmacy in order to shop at one of the state’s ten operational dispensaries. After July 1, patients who would like to receive a physical card will still have the option to request one by registering with the Board of Pharmacy.

During the 2022 Virginia General Assembly, Republican members of the House General Laws Subcommittee halted any further advancement of Senate-backed legislation, SB 391, that sought to initiate retail marijuana sales to adults beginning this September.

Personal possession and the cultivation of small quantities of cannabis by adults 21 and older is already permitted in Virginia under the 2021 legalization law approved by former Democratic Gov. Ralph Northam.