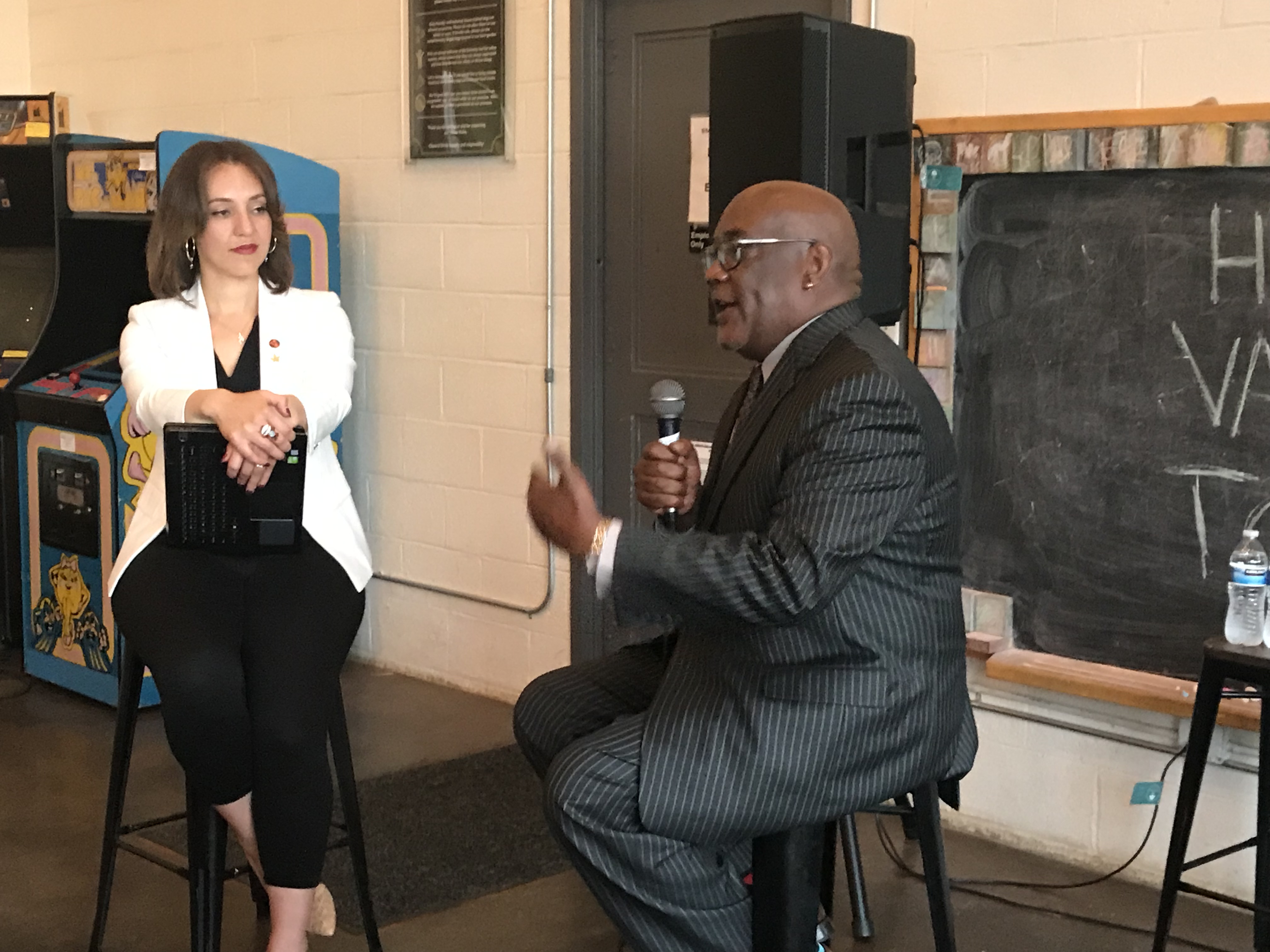 Judges in Norfolk have blocked Underwood’s policy of dismissing simple marijuana possession charges. Underwood is taking the case to the next level -- where statewide policy could be made.

“If I’m the elected Commonwealth’s Attorney and I see a segment of the community that‘s being treated differently by the criminal justice system, am I supposed to to stand by and let it happen?” Underwood rhetorically asked the crowd. “I’m not going to go along with it.”

The Supreme Court of Virginia will have to decide if Underwood has standing, and if it will hear the case, with or without oral arguments. Underwood believes both the law and history are on his side.

“I don’t care what you do -- I’m not going to put you in jail for smoking marijuana,” said Underwood, Norfolk’s top prosecutor. “I have the discretion -- they say I don’t have the discretion. We’ll let the State Supreme Court decide. I anticipate winning but it’s a good battle to fight.”

White people and black people use marijuana at similar rates, yet black Virginians are arrested for marijuana crimes at a rate of 3 to 1 despite comprising only 20% of the state's population.

“I’m a prosecutor, and I’m saying the justice system treats people of color unfairly,” said Underwood, who has held the office since 2009. “It’s true. How can I not do anything? If I’m not going to do anything, who will?”

“Greg, you’re kind of one of my heroes,” Congresswoman Luria said in her opening remarks. “I really appreciate you making the change on the local level in Norfolk.”

Luria has co-sponsored no less than a half dozen pro-marijuana law reform bills in Congress, including legislation that would deschedule marijuana, allow the marijuana industry access to banking, and allow veterans equal access to medical marijuana.

“The main thing we need to do federally is remove marijuana from the Controlled Substances Act,” said Luria, who supports legalizing and regulating the adult use of marijuana. “We need to allow the states to make their laws and regulate their laws.”

Senator Lewis encouraged audience members to keep putting pressure on their elected officials at the state and local levels.

“The progress we’ve made in recent years is largely the result of your efforts,” said Lewis. “Never underestimate the power of your advocacy.”

“Decrim is going to be a big step forward compared to where we were five years ago,” said Lewis, who predicted decriminalization could happen as early as 2020. “It’s going to put us in a policy position where we can go for legalization… we’re marching in that direction.”

“Turn up the heat,” Lewis urged. “Make it a campaign issue.”