Today the Virginia House of Delegates voted unanimously to pass HB 1251, which would let Virginia doctors recommend the use of cannabidiol oil or THC-A oil for the treatment of any diagnosed condition or disease.

“CBD/THC-A oil has been proven to effectively and safely help patients address symptoms of intractable epilepsy and manage pain,” said Delegate Benjamin L. Cline (R-Amherst), chief patron of the bill. “By expanding the ability to recommend CBD/THC-A oil, we are giving doctors the freedom to make a recommendation based on the most up to date research and data, just as they do for any other medication they prescribe."

“I finally decided that I needed to advocate for the physicians being the decision makers,” said  Senator Siobhan Dunnavant (Republican, Henrico), the chief patron of the Senate bill. “We, physicians, are the ones that follow the literature and know which treatments are best for different conditions. The literature on medical cannabis is going to be evolving rapidly now, and because of this, it is not a decision that should be in the hands of the legislature. Instead, it should be with physicians.”

Regular Virginians suffering from a variety of conditions -- including PTSD, Crohn's, and cancer -- have lobbied passionately for this reform.

"Honestly, until this week, I've always thought of it helping my patients that have breast cancer, especially the young ones that have children and have so many things to get done but feel so terrible as they go through chemotherapy,” said Senator Dunnavant, a doctor. “After this week, I won't be able to forget Tamra Netzel, the patient and my constituent with Multiple Sclerosis (MS) that testified on behalf of this bill in committee. My niece also has MS and having the opportunity to help others in similar situations means a lot to me."

Jenn Michelle Pedini, executive director of Virginia NORML and a two-time cancer survivor herself, believes these bills will give countless suffering Virginians a chance to safely heal -- right here in their home Commonwealth.

"All Virginians deserve access to safe, regulated medical cannabis,” said Pedini. “These bills will ensure that Virginians have the ability to stay here at home with their families, with their support networks and not be forced to move to another state in the middle of a healthcare crisis to seek medical cannabis therapies.”

As the Commonwealth struggles with a worsening opioid crisis, this legislation offers a glimmer of hope.

“Medical cannabis laws have demonstrated significant impact on the opiate crisis,” said Pedini. “States with such laws see on average a 25% reduction in opioid fatalities. We are losing three Virginians every day to opioid overdose. It’s time to give doctors in the Commonwealth the ability to utilize this powerful tool in mitigating addiction and overdose.”

Governor Ralph Northam, also a doctor, is already on record in support of Let Doctors Decide medical marijuana laws in the Commonwealth. Passage of this historic legislation would make Virginia the first state with a hyper-restrictive program to adopt such a broad expansion. 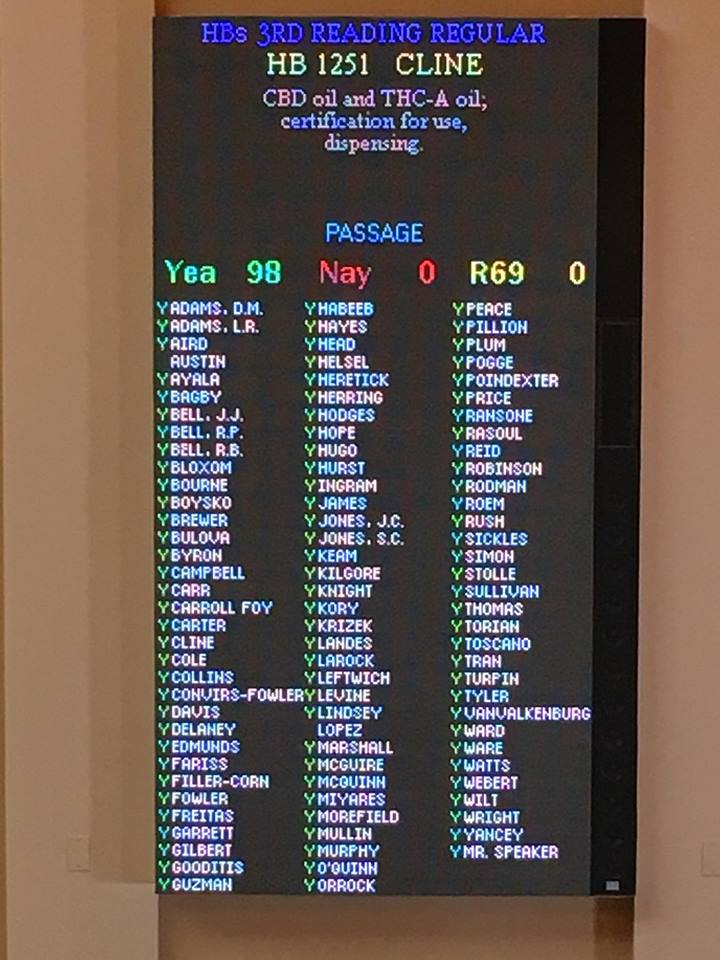