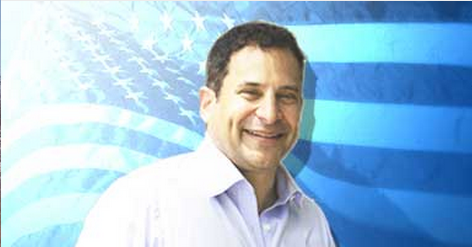 Alexandria, VA – Mark Levine – candidate for the Virginia House of Delegates in Virginia’s 45th District – today received the endorsement of Virginia NORML, the Virginia affiliate of the National Organization for Reform of Marijuana Laws.

“Virginia NORML strongly believes Mark Levine has the tenacity, knowledge, and political willpower required to end our state’s destructive prohibition of marijuana,” stated Virginia NORML Executive Director Pamela Novy. “Mark has experience writing cannabis policy legislation and is a vocal advocate for cannabis reform on his talk show and in other public forums. Mark is a proven and effective leader who understands the extensive cost to taxpayers and the considerable harm marijuana prohibition has inflicted upon otherwise law-abiding and hard-working Virginians. Virginia NORML believes Mark Levine is exactly the kind of marijuana policy reform advocate we need in Richmond.”

“I have long advocated publicly and privately for the legalization, taxation, and regulation of the responsible use of marijuana by adults,” said Mr. Levine. “Any physical harm caused by marijuana pales in comparison to the drug war and the damage caused by it, including violence by drug gangs, unnecessary incarceration of people who cause no harm to others, extensive taxpayer cost, foreign policy problems, etc.

In Virginia, I think medical marijuana would be a logical first step towards eventual decriminalization and then legalization.”

In Virginia, more than 4 out of 5 residents support the legalization of medical marijuana, 70% support decriminalization, and 54% support full legalization of cannabis for adults. Mark Levine is the leading fundraiser in his Democratic primary.

Find out more about Mark Levine’s campaign and how to support him at http://www.markfordelegate.com/.