A common cliché for overcoming a difficult obstacle asks, “how do you eat an elephant?” The answer is, “one bite at a time.” In Virginia politics, the tough question facing cannabis policy reform advocates is, “how do you change the minds of political Elephants?" The answer is, “one law at a time.” Although progress in cannabis reform has been slow in Virginia, two recent bills signed by Governor Terry McAuliffe are significant signs that change is coming, and quicker than ever before.


In May 2017, Gov. McAuliffe had a signing ceremony for Senator Adam Ebbin’s Senate bill 784 and Delegate Les Adams’ House bill 2051. These companion bills ended the absolute requirement that Virginians convicted of marijuana possession lose their driver’s license. Until this change, which takes effect July 1, the judge had no option but to suspend, even if the offense was totally unrelated to a vehicle. A driver’s license is necessary in commuter-based economies such as Virginia, where most residents work, attend school, receive medical treatment, or worship outside of their home city, and the public transportation is less then reliable.

Virginia NORML led the lobbying for this bill, and helped sway lawmakers in the General Assembly who were wary of the proposed changes. The legislators were convinced by explaining the law in detail, and highlighting the positive results from allowing individuals to maintain their license for work and education - no extreme rhetoric or exaggeration needed. Ryan Johnson, membership coordinator for Virginia NORML, testified for both pieces of legislation was congratulated by many thankful legislators at the ceremony. 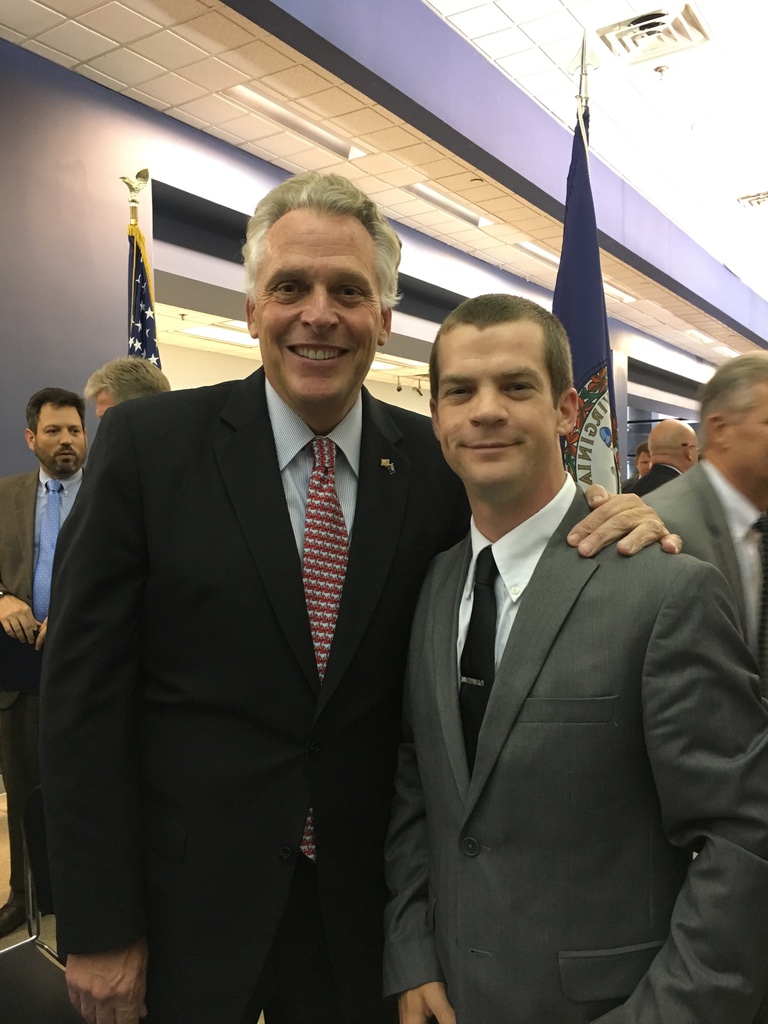 “With Virginia NORML’s guidance, I was able to craft impactful testimony, helping pass meaningful legislation that will make a difference for thousands of Virginians,” said Ryan Johnson at Gov. McAuliffe’s ceremony. "I was humbled by how many legislators thanked me for stepping outside of my comfort zone and sharing my story in the 2017 General Assembly.” 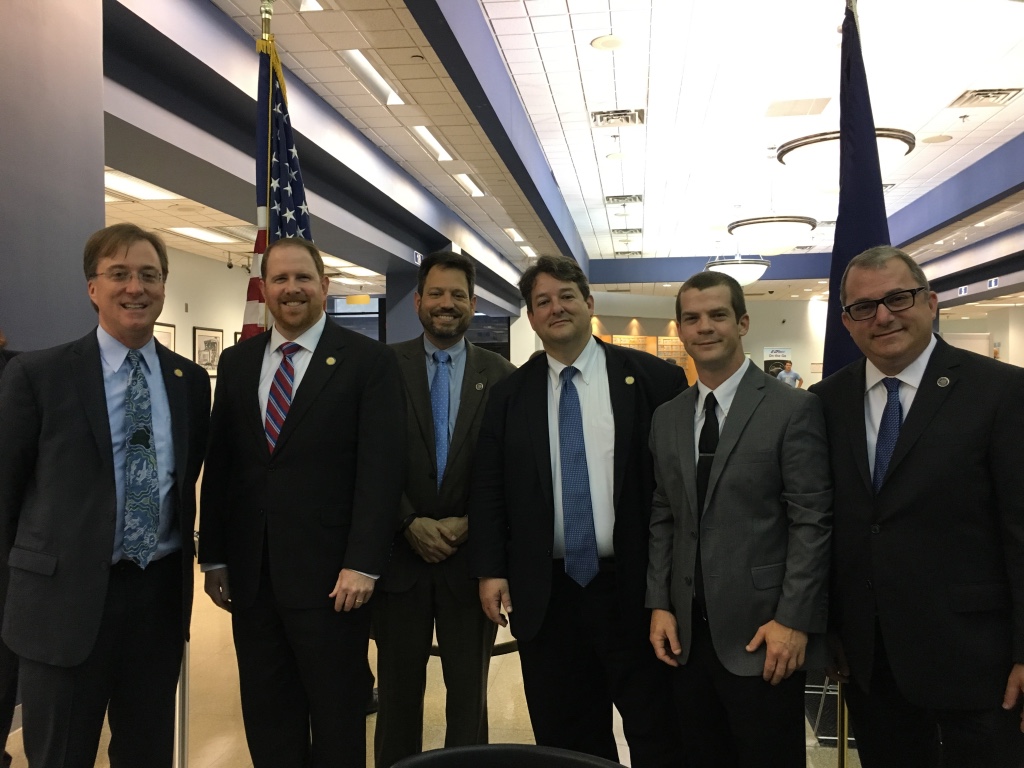 The new law is a significant step for cannabis policy reform in Virginia for two reasons. First, this is one of the very few marijuana-related criminal justice reforms that advocates have successfully pushed through the difficult, republican-controlled House subcommittees. Those subcommittees are the sticking point for most criminal justice reform legislation, the bottle neck that prevents bills from proceeding to a full House vote. Second, this is important because it allows judges discretion to apply the standard first-offender’s program and community service to an adult discovered possessing cannabis somewhere completely removed from any vehicles. Admittedly, this is a small step. However, every step, even the very small ones, put Virginia closer to a more sensible criminal justice system that does not criminalize marijuana possession or consumption.

In June 2017, Gov. McAuliffe had another bill signing ceremony, this one for Senator Marsden’s Senate bill 1027. This bill is significant because it officially makes Virginia a medical cannabis state. Medical cannabis dispensaries will be called “pharmaceutical processors,” and will become medical cannabis patients’ legal source of the cannabis oil permitted under Virginia law. The processors will be vertically integrated facilities. That means the plants will be grown, cured, and trimmed onsite; all extraction, distillation, and synthesis of custom biopharmaceutical medicines will be done in the on-site laboratory; and, finally, patients will interact with and receive medication from a pharmacist. Unlike the medical cannabis dispensaries in Colorado, this will more closely resemble a traditional pharmacy.

Virginia families were instrumental in getting this landmark legislation passed. However, despite the great success, the law has serious shortcomings. There will only be five (5) pharmaceutical processors. This places a huge burden on applicants, financially and logistically, and could result in the exclusion of start-up ventures owned by minorities, women, and veterans without access to large capital resources. Second, the related laws allowing patient access to medical cannabis is very short: one (1). Only one patient group, those with intractable epilepsy, can possess medical cannabis oil. The major legislative goal for the 2018 session is the “Let Doctors Decide” bill, which would end the eugenics-style creation of state-permitted patient groups and instead allow trained medical professionals to decide if cannabis would be effective for the individual patient’s treatment plan. Jenn Michelle Pedini was at the ceremony representing Virginia NORML, and spoke to the families of several epilepsy patients and lawmakers who had supported the bill.

“It was an exciting day for the families who spent hours at the General Assembly gaining support for this bill which passed unanimously in both the House and Senate. We are looking forward to continuing this path next year and expanding the current law to include all patients for whom medical cannabis would provide relief,” said Beth Collins, Senior Director Government Relations and External Affairs at Americans for Safe Access, and mother of a child with intractable epilepsy.

These landmark bills are significant signs of the change coming in Virginia’s cannabis policy. Decriminalization is being studied by the State Crime Commission, following a request by Senate Majority leader Tommy Norment. The Driver’s License bill may be the first overly punitive prohibition measure to fall, and like dominoes, the changes to criminal justice reform will gain momentum and culminate in decriminalization of adult cannabis possession within the next couple years. The pharmaceutical processor bill is a huge hurdle for both patients seeking legal access to medical cannabis medications, and for individuals interested in the regulated cannabis industry. Although Virginia’s cannabis industry will fall under heavy regulation and oversight by the Commonwealth, the new industry presents new opportunities, jobs, and tax revenue.

Virginia NORML is the leading cannabis law reform organization in Virginia, but we can only continue our success in changing outdated laws with your help! The Summer of Change Campaign is currently underway, and we are trying to raise $42,000 to support our efforts in the 2018 session and the push for “Let Doctors Decide.” Virginia has a major election this year, and the outcome could determine the success – or failure – of our efforts. Donate today to the Summer of Change campaign! With your help, Virginia NORML will continue its track record of success in Richmond bringing marijuana policy reform.