I have voted left. I have voted right. I have voted for left and right within the same election. I have my own political calculus that apply to voting booth choices. However, as a citizen advocate for marijuana policy reform, meeting and discussing important issues with politicians of any affiliation is a not-to-be-missed opportunity. This was especially true for Ralph Northam, a leading contender for the democratic nominee for Governor.

The venue filled up quickly, with attendees showing up in force just before the official kickoff time of 5 p.m. Work│Release provided a beautiful background, with paintings and art pieces of local artists energizing the space. There was a spread of finger foods, and Young Veterans Brewing Company was providing complimentary beer. The atmosphere was jovial, light, but fiercely focused on the upcoming primary and general election battles that were facing Northam’s campaign.

Around 6:00, the Lt. Governor took to the stage, discussing a variety of topics that illustrated his expertise in policy and passion for people. He highlighted the importance of protecting Virginians from federal interference. He stressed his support for marriage equality and ensuring discrimination has no place in the Commonwealth.

As a veteran, Northam knows how to fight. As a pediatrician, he knows how to heal. In an attempt to fight unreasonable criminal laws and heal Virginian patients, Dr. Northam strongly expressed his support of marijuana decriminalization, to reduce the life-long collateral impact to citizens, especially younger minorities. Seeing the effectiveness of marijuana-derived medicines first hand, he proudly announced his support of allowing patients effective treatments. 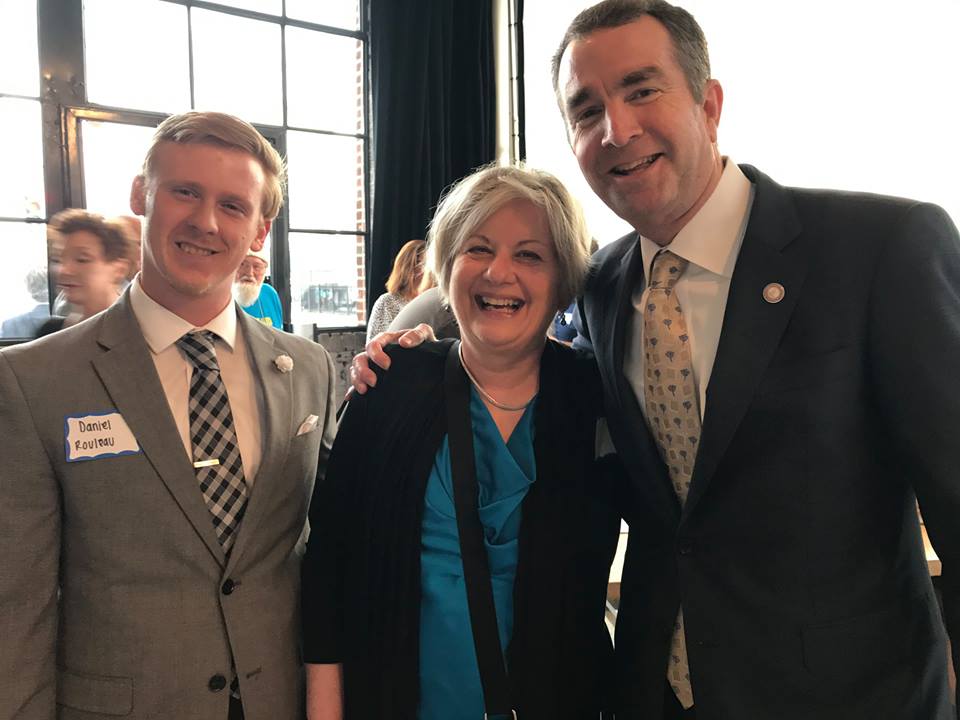 Following his speech, Lt. Governor Northam shook some more hands while supporters eagerly snagged selfies. Being a very tall man, he often had to crouch to get into the frame with shorter supporters. Even after his departure, the crowd continued to buzz over the important issues highlighted in Northam’s address. Multiple candidates and elected officials were in the crowd, making the event a fantastic opportunity to network and discuss local marijuana policy reform. The overwhelming public support for the subject was surprising, and refreshing. Hopefully, with Republican leaders such as Sen. Jill Vogel and Sen. Tommy Norment changing their stances on marijuana policy reform, Democrats and Republicans can cooperate to constructively change the cannabis laws in the Commonwealth. Although the current political atmosphere is one of conflict and divisiveness, the continuing convergence on common-sense marijuana policy reform is a breath of fresh air from partisan politics.