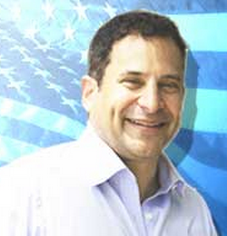 On Tuesday, June 9, 28% of primary voters in Virginia's 45th House District supported Mark Levine, pushing him past four challengers for the open seat and carrying him into November's general election for the Virginia House of Delegates. He benefited from an endorsement by Virginia NORML, a fast-growing organization of over 10,000 supporters advocating for sensible marijuana policy in the Commonwealth.

"We are extremely pleased with Mark's strong victory in Tuesday's primary," stated Virginia NORML Executive Director Pamela Novy. "While all of the establishment candidates in the race refused to acknowledge Virginia's dire need for marijuana law reform, Mark enthusiastically supported decriminalizing and legalizing marijuana and clearly that message resounded with the voters."  The candidates held nearly identical positions on most issues, but Levine's unconditional support of legalization differentiated him at the final debate between the five candidates, as described in this summary of the event.

“I have long advocated publicly and privately for the legalization, taxation, and regulation of the responsible use of marijuana by adults,” said Mr. Levine. “Any physical harm caused by marijuana pales in comparison to the drug war and the damage caused by it, including violence by drug gangs, unnecessary incarceration of people who cause no harm to others, extensive taxpayer cost, and foreign policy problems. In Virginia, I think medical marijuana would be a logical first step towards eventual decriminalization and then legalization.”

Levine will be a strong favorite in November's general election in this solidly liberal Alexandria-based district.