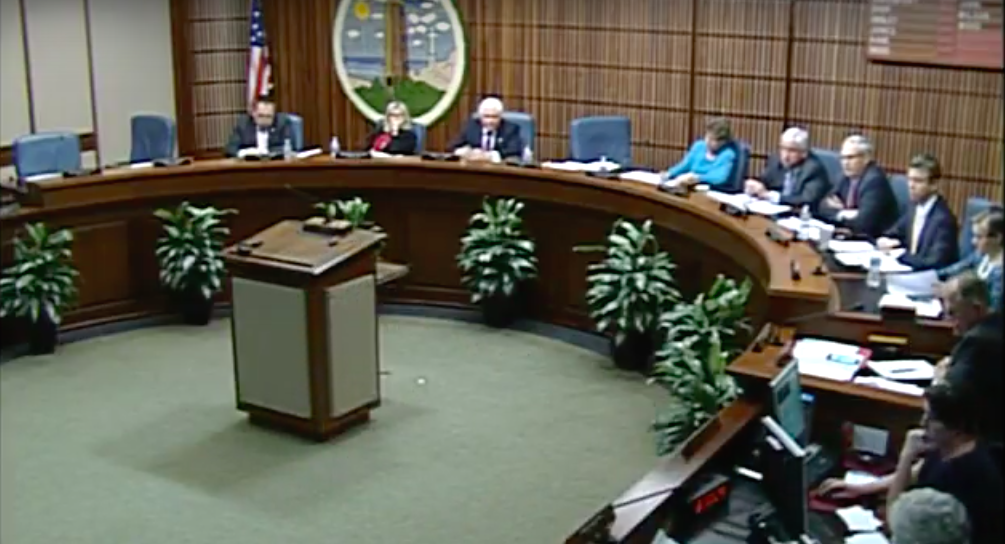 I knew the night was going to be interesting by the amount of people. Unfortunately, the hotly contested issues made it a very, very long evening. The event started at 6pm, but I arrived early out of a mixture of nervousness and adrenaline. About 5:15pm, I parked near City Hall and called my best friend, Jordan, a police officer. We reviewed my presentation, and he gave me his full-throated support. Confident, I began my walk to City Hall.

With the flags of the United States, Virginia, and Virginia Beach behind me, and naval aviation jets buzzing with the sound of freedom overhead, I made a quick Facebook live video. Sure, I was facing the City Council by myself, but I was not alone. The futures of people yet to be convicted of marijuana charges and patients' rights to choose effective medications with minimal side effects were riding on me.

Well, not really me, but, more broadly, Virginia Beach citizens who get involved in Decriminalize Virginia Beach, every Virginian who joins and becomes a citizen advocate with NORML, everyone who takes a stand on this issue can make a difference.

There are few public places in Virginia Beach I have not been. The Virginia Beach City Council Chamber was one of those places. The room was darker than I would have expected, with the council arranged at the front of the room, and the city attorney, manager, clerk and deputy clerk scattered about the sides.

Citizens crowded inside, stood pressed along the walls, and spilled out in to the foyer. The hot topic on the council’s agenda was the development of the Cavalier property and “realignment” or closure of Atlantic at 40th Street. To fund the Cavalier, the city must allow the resort to keep 1% of the sales tax they would pay the city to help the private company pay off its loans. And the change in Atlantic Avenue is to allow for a fancy cul-de-sac for Cavalier Valet. This amounted to millions of taxpayer dollars being permissibly retained by a private corporation. As expected, this issue was heated. Unfortunately for me, this resulted in a very long formal session. Yelling. Crony Capitalism. Tea Party. Disparity Study. The topics touched by this issue was as diverse as the crowd. More than 10 different speakers rose to present various views to the council. the palpable opposition in the room, the council voted 5-3 in favor of permanently altering Atlantic Avenue and the area around 40th street. 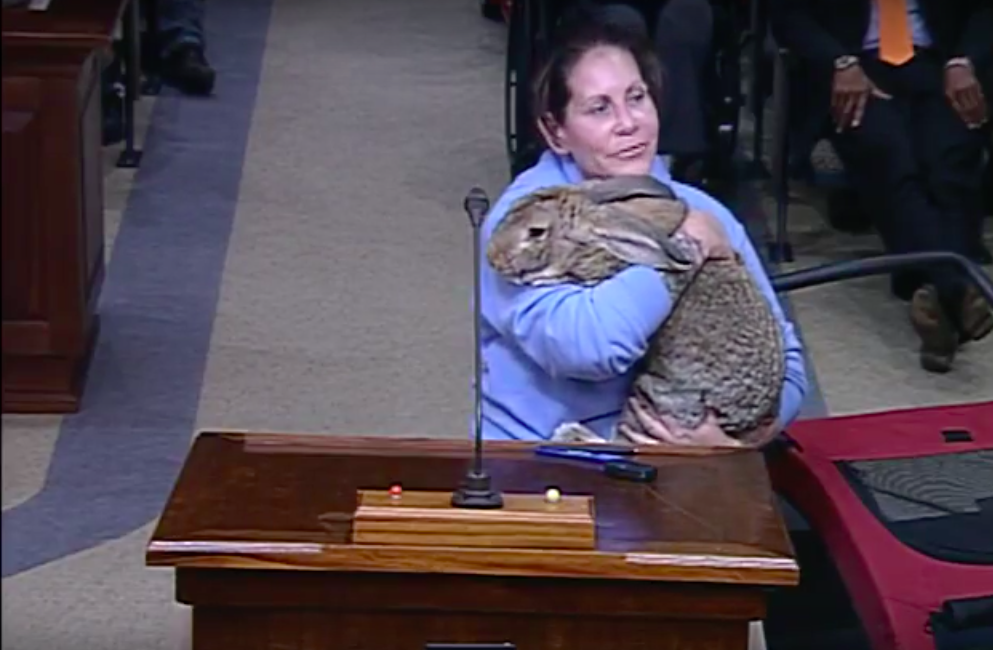 You never know what’s in store at city council meetings!

Following the nearly three-hour discussion on the Cavalier, the council turned its attention to other issues. In a strange and fantastic turn of events, I met the largest bunny in Virginia, son of the largest bunny in the world, and someone who was opposed to giving him a home! That bunny was heavier than my dog. Lake James Community representatives spoke to the council because storm water and pollution has turned their lake into a cesspool. Unusable for recreational fun, or for watering people’s lawn. Mayor Sessoms expressed his support.

Finally, around 9 p.m., I was given my opportunity to speak. The City clerk called my name, I stood, buttoned my jacket, and walked to the podium. What I said went something like this:

May it please the council, my name is Daniel Rouleau, and I am here this evening as a concerned citizen to request this council do two things: 1) include in its next legislative request packet that the General Assembly implement decriminalization of marijuana for adult personal possession, and 2) deprioritize arrests for adults in possession of marijuana without additional offenses.

To my first point, this council should include in its legislative packet the request for study or implementation of decriminalization of marijuana. This is neither an express nor implied support for personal use, but rather a condemnation of the continued criminalization of Virginia Beach citizens. These effects can last for years, even decades, beyond the end of any sentence imposed or probation required. Even misdemeanants face significant collateral consequences from marijuana charges, such as loss of education, employment, or access to social welfare programs such as TANF and PHA housing. This is especially important considering young people are being convicted of these offenses, particularly minority communities who are 3 times more likely to be convicted of marijuana offenses. This would still require confiscation and a fine, but reduce the collateral consequences of the offenses.

To my second point, Virginia Beach should deprioritize arrests of adults merely in possession of marijuana without any other charges. Perhaps I can offer a partial solution to the funding issues that have been discussed here tonight. Last week, there were 87 people in Norfolk Jails for possession of marijuana. A report from the Commonwealth released last year stated that Virginia Beach spends approximately 77 dollars, per inmate, per day. I went to law school to avoid math, so I am going to make it easy. If Virginia Beach has 80 prisoners for marijuana at a cost of $80 per prisoner, is $6,400 a day. Even with a short ten day sentence, that is $64,000. That is simply untenable in our community.

Again, please consider including in your legislative request to the general assembly that the Commonwealth continue to study and eventually implement decriminalization to end the criminalization of our citizens. I stand ready to answer any questions you may have.”

Crickets. I was thanked for my appearance, and was going to leave the room, when another person took the stand on the same issue. A veteran surviving PTSD, he spoke of some benefits of medical marijuana and the effect of criminalization on citizens.

Although I did not receive questions, I had my time before the council. With three minutes, it is difficult to lay out a complex argument. Regardless, I did my best to relay my thoughts on the matter, and truly hope they consider what I said. This was only the start; with this first step, hopefully the marijuana reform movement can continue its across Virginia.

Want to see more reform efforts in your city?

>>Donate to Virginia NORML to power our statewide efforts.

>>Join to receive the tools and support needed to start your city on the path to reform.

>>Take action by writing your lawmakers urging them to support marijuana reform.