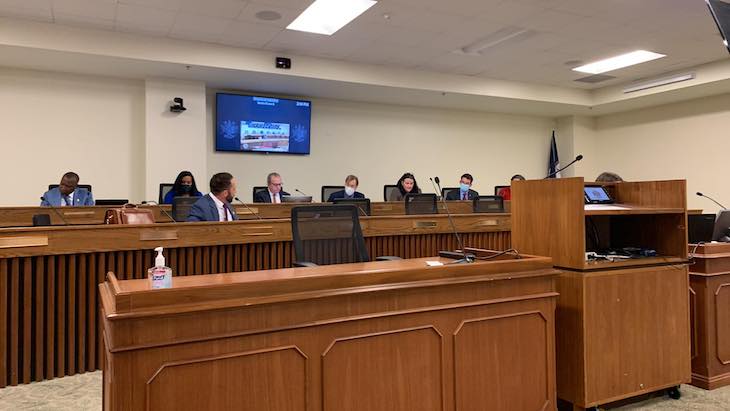 Members of Virginia’s Joint Commission on Cannabis Oversight decided this week in favor expediting the timeline for the launch of adult-use marijuana sales.

By a margin of 7 to 1, members voted to recommend allowing state-licensed sales to begin on January 1, 2023 — one-year ahead of schedule. Facilities currently serving the medical-use market would be permitted to also engage in adult-use sales under the plan, which still must be voted on next year by state lawmakers.

Virginia NORML has consistently advocated for launching sales ahead of the legislature’s initial January 1, 2024 start date. “Virginians 21 and older ought to have access at the already-operational dispensaries sooner rather than later, and they have been very clear in their demands to move earlier the date of sales,” said JM Pedini, NORML’s Development Director and the Executive Director of Virginia NORML.

Pedini cautioned, however, that “this legislation will face an uphill battle in the now divided General Assembly.”

In November, Republicans won races for Governor, Lieutenant Governor, and state Attorney General, in addition to taking control of the House of Delegates. In 2021, lawmakers in both chambers approved adult-use legalization without a single Republican vote. The legislation was signed into law in April by outgoing Democratic Gov. Ralph Northam. That legislation contains a reenactment clause which requires legislators in 2022 to hold an additional vote on matters pertaining to the regulation of the adult-use market. The personal possession and home cultivation of small quantities of cannabis is already permitted in Virginia under the 2021 law.

Newly elected Republican Gov. Glen Youngkin has spoken skeptically about marijuana legalization, although his campaign did acknowledge that he “will not seek to repeal” the law. House Speaker-designee Todd Gilbert (R) has publicly criticized the state’s adult-use law and has promised to “fix” it.