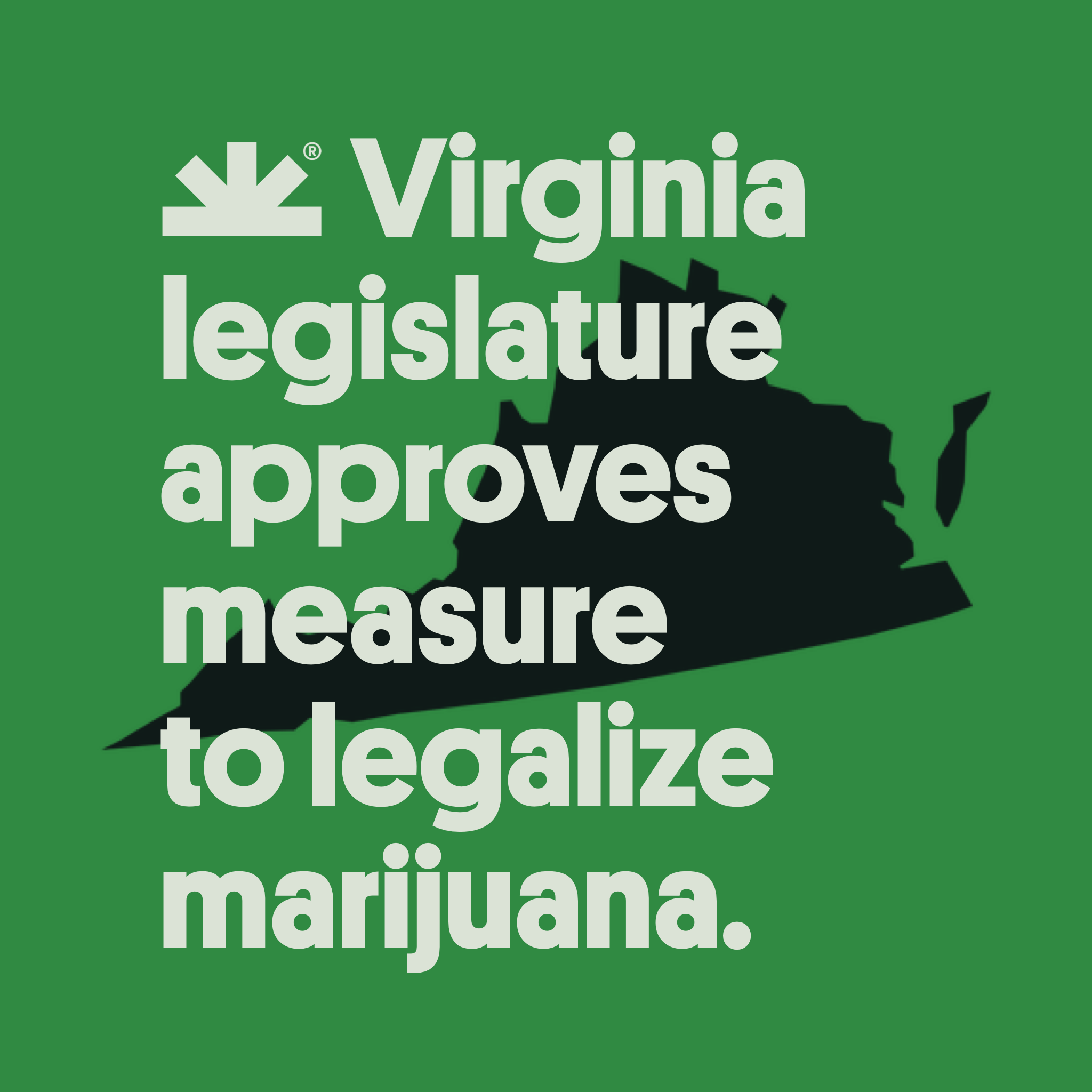 Members of the Virginia Senate and the House of Delegates approved legislation today, Senate Bill 1406 and House Bill 2312, to legalize cannabis possession, personal cultivation, and retail sales for adults 21 and older. The bills now head to the governor for his approval, amendment, or veto.

Commenting on the passage of the bills, NORML Development Director Jenn Michelle Pedini, who also serves as the Executive Director of Virginia NORML, said, “The advancement of this legislation is another historic step for cannabis justice in Virginia. Stakeholders, the administration, and the legislature have dedicated hundreds of hours to craft legislation that is just and equitable, and that will replace the failed policy of cannabis prohibition with one that promotes Virginia’s economy as well as Virginians’ public health and safety.”

Pedini added: “This effort remains a work in progress and our efforts in Virginia are far from over. NORML is dedicated to continuing our work with lawmakers and regulators to advance legislative reforms that are most closely aligned with the views of the majority of Virginians who desire a safe, legal cannabis market. In particular, we hope to expedite the timeline with which Virginia adults will no longer face either criminal or civil penalties for the personal possession and cultivation of cannabis.”

In a compromise reached by lawmakers in Conference Committee, legislators agreed to establish an independent agency, the Virginia Cannabis Control Authority, to oversee the establishment of regulations that will govern the adult-use market. That agency will convene this summer. The Committee also established a January 1, 2024 enactment date for the law. Upon that date, but not before then, adults will be able to  possess up to one ounce of marijuana and cultivate up to four cannabis plants per household without penalty. The remainder of the 300 page bill, which details the regulatory and market structure, social equity provisions, and repeals criminal penalties, is subject to a second review and vote by the Assembly next year.

Just-released statewide polling data finds that 68 percent of registered voters in Virginia, including majorities of Democrats and Republicans, support legalizing marijuana for adults.

“Equitable legalization of marijuana is an essential step towards racial justice in Virginia,” said House Majority Leader Delegate Charniele Herring, chief patron of HB2312. ”We have created a plan to start this important work, and we will continue to move forward and compromise to get this work done together.”

Democratic Governor Ralph Northam, a pediatrician, has been a strong and vocal supporter of legalizing the marijuana market in Virginia. During a November briefing, he said: “We are going to move forward with the legalization of marijuana in Virginia. I support this and I’m committed to doing in the right way,” adding that it’s “not going to happen overnight.” 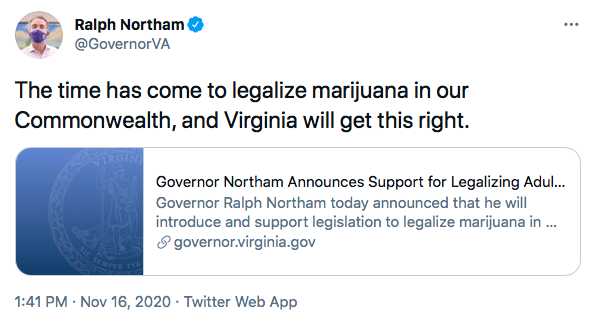 “Marijuana laws have been based originally in discrimination and undoing these harms means things like social equity licenses, access to capital, community reinvestment and sealing or expunging people’s prior records,” Northam said. In his proposed budget for the upcoming year, Northam included funding necessary for the expungement of past marijuana convictions as well as to establish the Virginia Cannabis Control Authority. Upon releasing his budget proposal, Northam said: “We know that laws to ban marijuana historically were based in discrimination, and criminalization laws have disproportionately harmed minority communities.”

The measures also earmark a portion of tax revenue to pre-kindergarten programs for at-risk youth as well as for public health programs, a top priority for First Lady Pamela Northam. 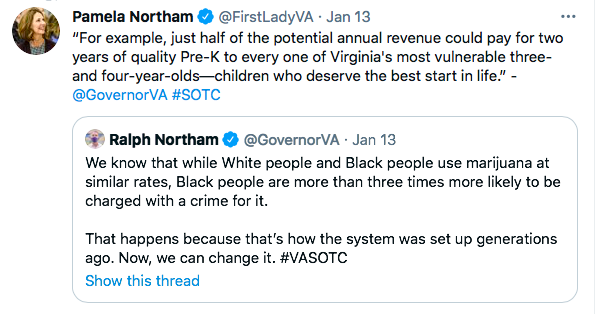 Separate legislation to amend the state’s medical cannabis access law to allow for the production and dispensing of botanical formulations of cannabis was previously agreed to by members of the Virginia House of Delegates and Senate. The measure awaits action from Governor Northam, who is expected to sign the bills into law.

Under the state’s existing medical marijuana law, licensed cultivators are required to process cannabis into non-herbal formulations, such as oils and tinctures. The new measure expands the pool of legal products to include those composed either of “cannabis oil or botanical cannabis.”

Additional measures facilitating the expunging of past records, expanding telehealth access for medical cannabis, and protecting certain employees who use cannabis in their off-hours from discrimination in the workplace were also approved by the legislature and now await final action by the Governor.