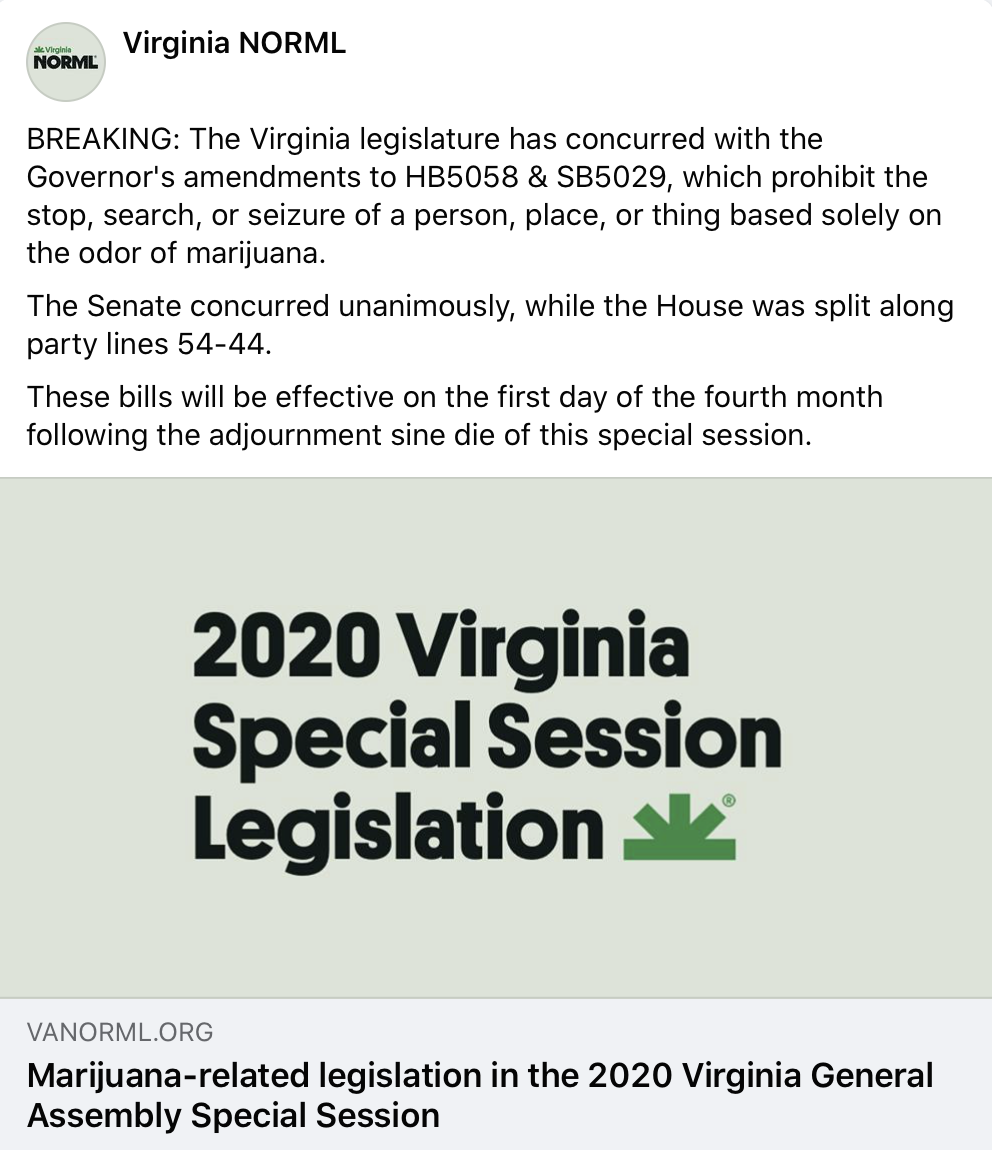 Virginia House and Senate lawmakers have concurred with Governor Ralph Northam’s proposed amendments to legislation filed during a special legislative session, Senate Bill 5029 and House Bill 5058, that severely limits the ability of police to engage in warrantless searches solely on the basis of the smell of marijuana. The new law will be effective March 1, 2021.

Language in the bills states that “no law-enforcement officer may lawfully search or seize any person, place, or thing solely on the basis of the odor of marijuana and no evidence discovered or obtained pursuant to a violation of this subsection, including evidence discovered or obtained with the person’s consent, shall be admissible in any trial, hearing, or other proceeding.” The bills do allow for such in an airport or if the violation occurs in a commercial motor vehicle. Separate provisions in the bills also provide limitations on the ability of law enforcement to issue summons for minor traffic infractions.

Lawmakers this spring decriminalized personal possession of up to one ounce of marijuana, reducing the penalty to a $25 civil fine. That law took effect on July 1.

Commenting on the final approval of the bills, Jenn Michelle Pedini – NORML’s Development Director and the Executive Director of Virginia NORML said, “This is another victory for commonsense marijuana law reform in Virginia. Decreasing non-essential interactions between law enforcement and otherwise law-abiding Virginians is now more important than ever. However, it is only the legalization of the responsible use of cannabis by adults that will end the Commonwealth’s failed experiment with prohibition and begin undoing the decades of damage done primarily to young, poor, Black, and Brown Virginians.”