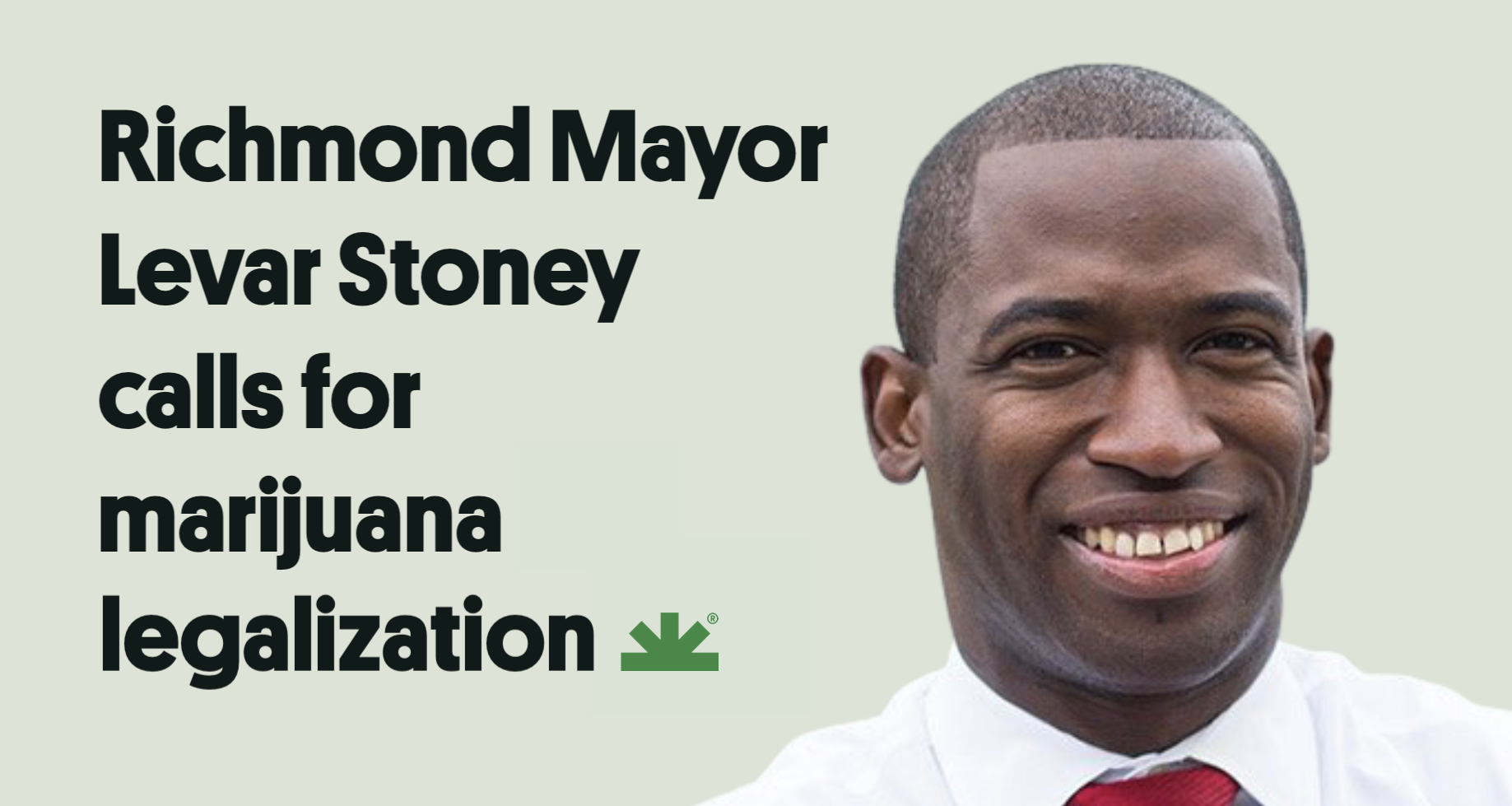 Richmond Mayor Levar Stoney sent a letter to Governor Ralph Northam, House of Delegates Speaker Eileen Filler-Corn, and Senate Majority Leader Dick Saslaw calling for the legalization and regulation of marijuana and the automatic expungement of past convictions. In a tweet announcing his letter, Mayor Stoney urges lawmakers "to unequivocally pursue restorative justice, on August 18 and going forward." 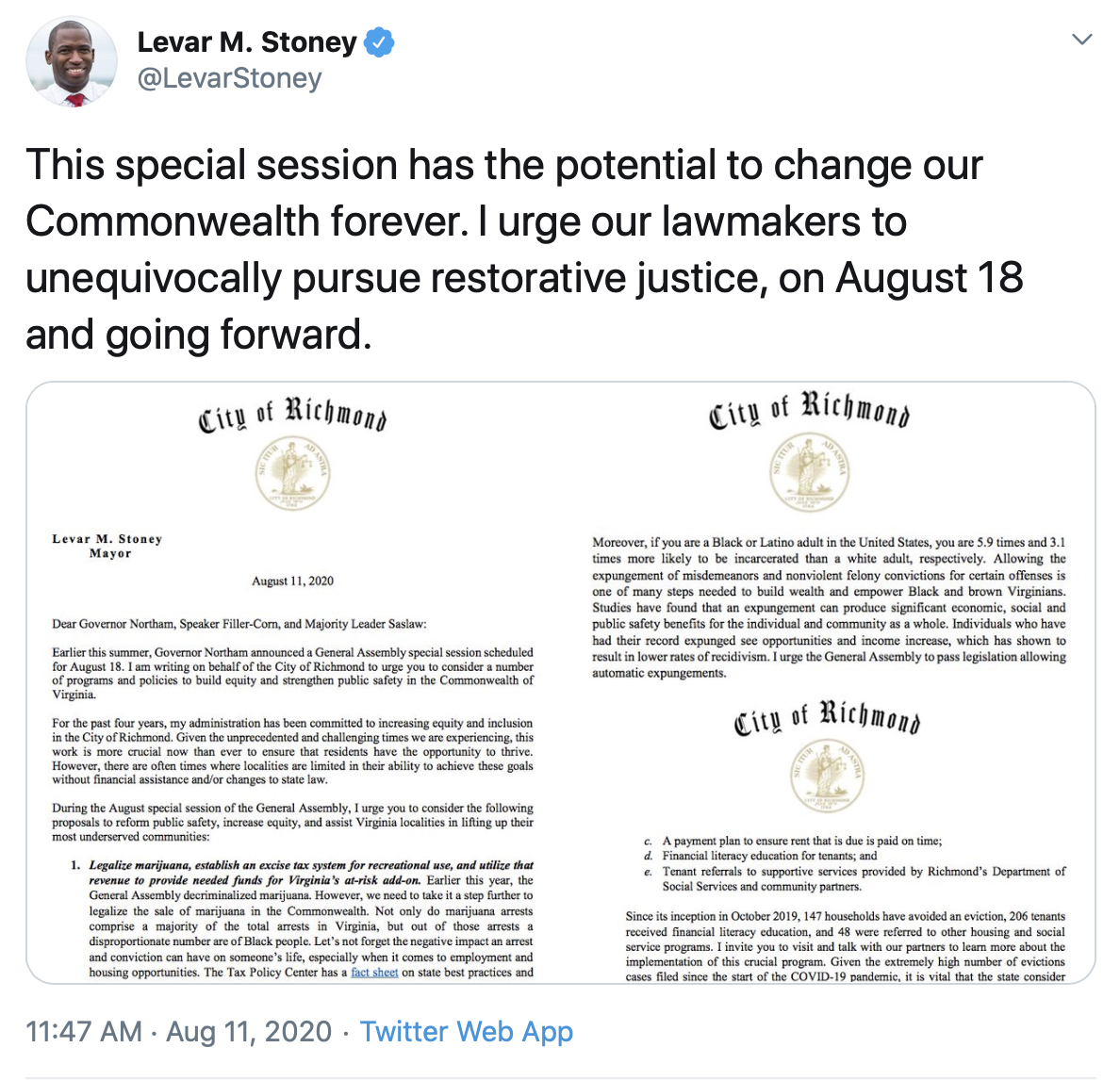 "Virginia NORML applauds Mayor Stoney for calling for the legalization and regulation of marijuana, and for the automatic expungement of past offenses. The majority of Virginians agree with the mayor that the responsible use of cannabis by adults ought to be legal," responded NORML's development director Jenn Michelle Pedini, who serves as the executive director of Virginia NORML.

"NORML looks forward to continuing our work with the legislature to ensure that the necessary steps are taken to legalize responsibly and to begin undoing the harms of prohibition that have disproportionately impacted Virginians who are young, poor, and people of color for far too long," they added.

“Not only do marijuana arrests comprise a majority of the total arrests in Virginia, but out of those arrests a disproportionate number are of Black people,” Stoney said in the letter. “Let’s not forget the negative impact an arrest and conviction can have on someone’s life, especially when it comes to employment and housing opportunities.”

While Virginia decriminalized possession of up to one ounce of marijuana on July 1, the sealing of misdemeanor possession records called for by Senate Bill 2 and House Bill 972 has yet to be completed by Virginia State Police. The funds for executing the records sealing process were reallocated as the state responded to the COVID-19 crisis. Virginia NORML sent a letter to Senate and House leadership requesting the funds be reallocated during the special session.

Mayor Stoney joins the Virginia Legislative Black Caucus in calling for legalizing marijuana during the special session. It remains unlikely though that legalization will be adequately addressed during that time, nor has comprehensive legislation to legalize and/or regulate adult-use been introduced. However, legislative efforts allowing for certain expungements, removing the odor of marijuana as a primary offense, and ensuring that the $25 civil penalty for possession is prepayable are likely to gain traction. 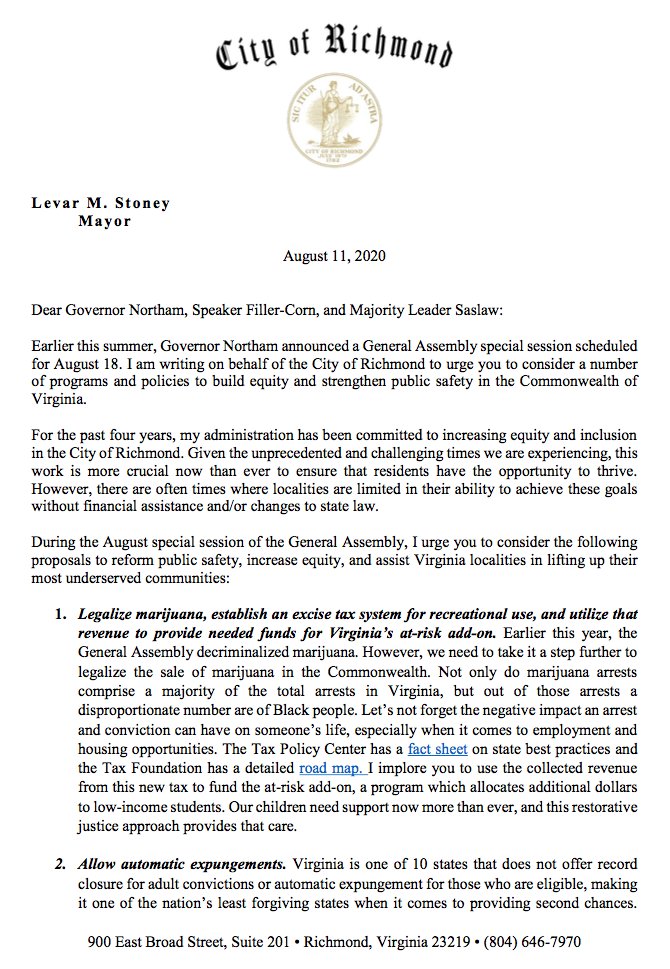 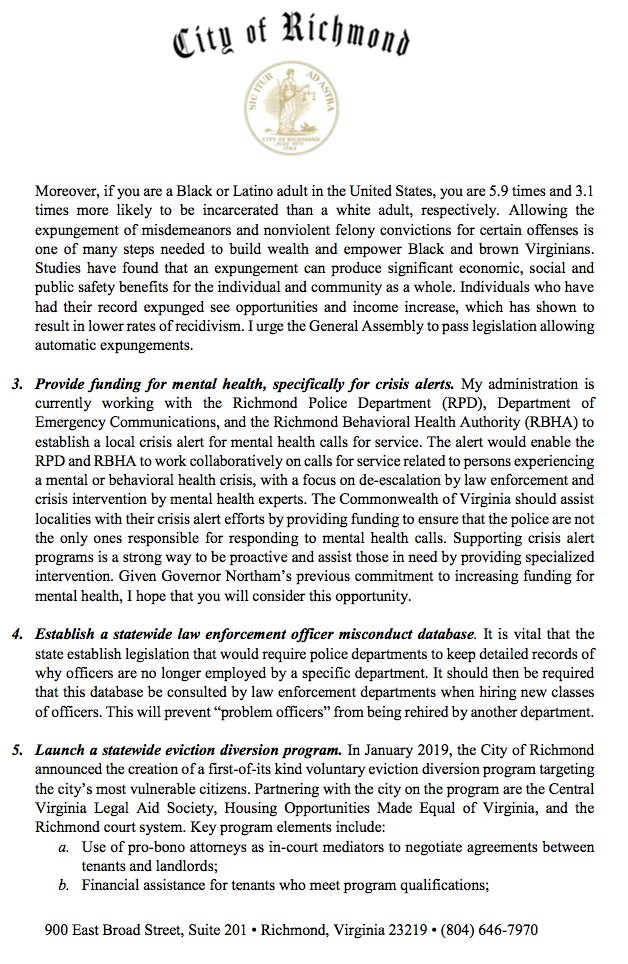 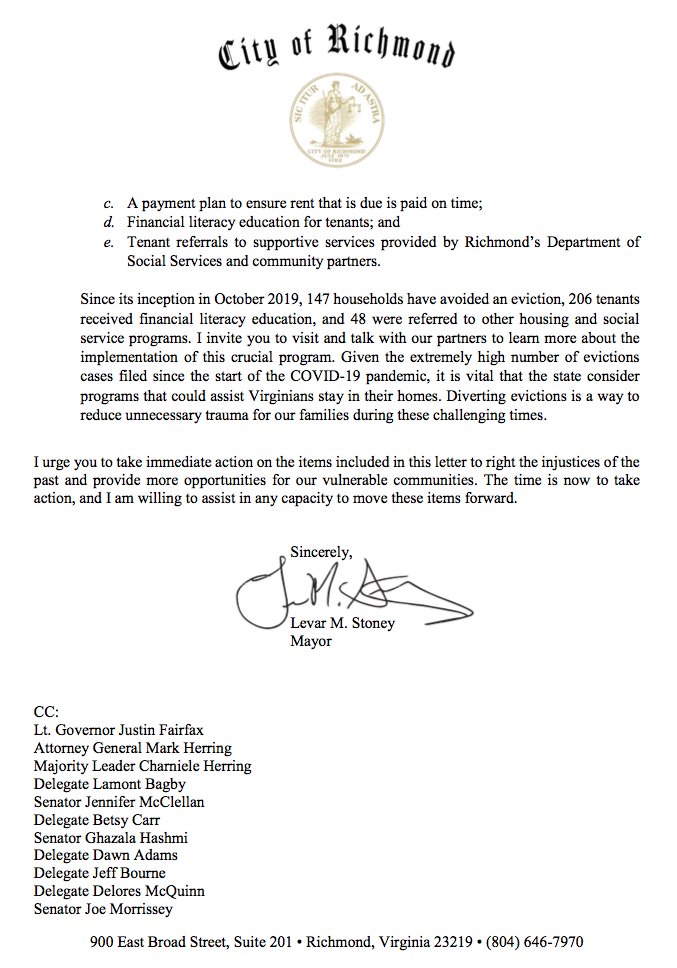