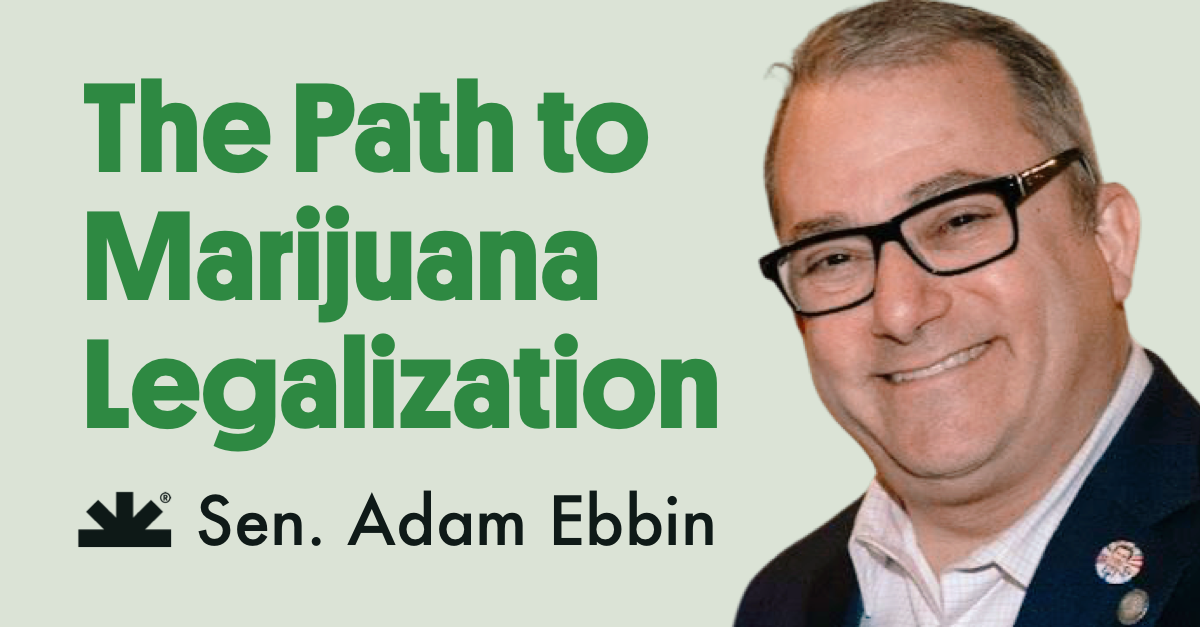 The prohibition of marijuana in America has clearly failed. After six hard years of building support, educating colleagues, and workshopping legislation, I was able to pass SB2, my bill to eliminate the criminal penalty for personal possession of up to an ounce of marijuana and downgrade the offense to a $25 pre-payable fine processed much like a traffic ticket. House Majority Leader Charniele Herring (D-Alexandria) passed companion legislation. Our bills were a critical step to reform our criminal justice system and lay the groundwork for the equitable legalization of cannabis.

According to a July 2019 Gallup poll, 12% of adult Americans regularly consume marijuana. Eleven states have fully legalized responsible use by adults. However, until SB2 went into effect on July 1, 26,000 Virginians were being arrested for possessing marijuana every year. They were punished with devastating, life-long consequences for a victimless and arbitrary crime. Arrests for marijuana possession can hurt job prospects and negatively impact student financial aid, access to housing, and even child custody decisions. This issue was exacerbated by the harsh reality that Black and Brown Virginians are 340% more likely to be arrested for marijuana possession than white Virginians, even though white and Black Virginians use marijuana at the same rate -- according to a study by the ACLU. Black Arlingtonians were eight times more likely than white Arlingtonians to be arrested for marijuana possession. When arrested, penalties were more harshly enforced against Black and Brown Virginians. Marijuana decriminalization was a moral and economic imperative during the 2020 legislative session, both because of the cost to minority communities and the ballooning cost of enforcement on our state’s budget (we had been spending over $100 million a year on enforcement). With this important step taken care of, it is now time to move towards equitable legalization.

Decriminalization builds a short-term safety net to remove the overly-punitive enforcement of possession of marijuana, but long-term equitable reform requires bringing the benefits of legalization to the communities disparately impacted by the war on drugs. Based on the study of the eleven states and the District of Columbia which have already legalized adult-use, the sale of marijuana through a regulated marketplace can both net millions in state revenue and create strong small, minority-owned businesses throughout the state. Washington, a state similar in size to Virginia, netted nearly $400 million in tax revenues from legal marijuana in 2019. In Illinois, which recently legalized, a large portion of the tax revenue is allotted to grants to reduce gun violence and poverty and provide social services. A state-regulated retail market ensures product testing and labeling, minimizes the illicit marketplace which contributes to violence in our communities, and reduces youth access to cannabis.

COVID-19 has undercut funds for key state services and hit minority communities disproportionately hard. Creating equitable marijuana reform can be an important tool in our policymaking toolbox to address these issues.

According to a Gallup Poll, 66% of Americans support the legalization of marijuana. In Virginia, those supporters consist of a broad and diverse coalition that I was glad to work with to pass decriminalization in this year’s legislative session and look forward to working with to pass legalization in 2021. This list includes Attorney General Mark Herring, Senator Jennifer McClellan (D-Richmond), Delegate Charniele Herring (D-Alexandria), Delegate Steve Heretick (D-Portsmouth), and Virginia NORML (National Organization for the Reform of Marijuana Laws).

The Joint Legislative and Audit Review Commission (JLARC) is expediting a study on the potential implementation of legalization due to be received in November. This dovetails with an executive workgroup that will be composed of members of the Governor’s Cabinet to provide guidance on the best regulatory model for cannabis in Virginia so that when we introduce legislation in January, it is ready for primetime. While we are anxious to introduce this legislation, real leadership requires making the right choices for the long-term benefit of every Virginian. Equitable reform demands appropriate safety regulations, support for disparately-impacted communities, and a structure for taxation. Legal cannabis should support Virginia’s small businesses, not simply pad the pockets of massive corporations. Small, Women-owned, and Minority-owned (SWaM) businesses can play a critical role in the entire supply chain including farming, processing, and brick and mortar sales.

The prohibition of marijuana has failed and the consequence of this failure has been felt overwhelmingly by Virginians of color, but it has not ended. It will only end when it is replaced by a regulated adult-use market that emphasizes equity--making whole those who have been burdened most by making sure they have a seat at the table and share in the profits. I am looking forward to doing the hard work needed to get this right.