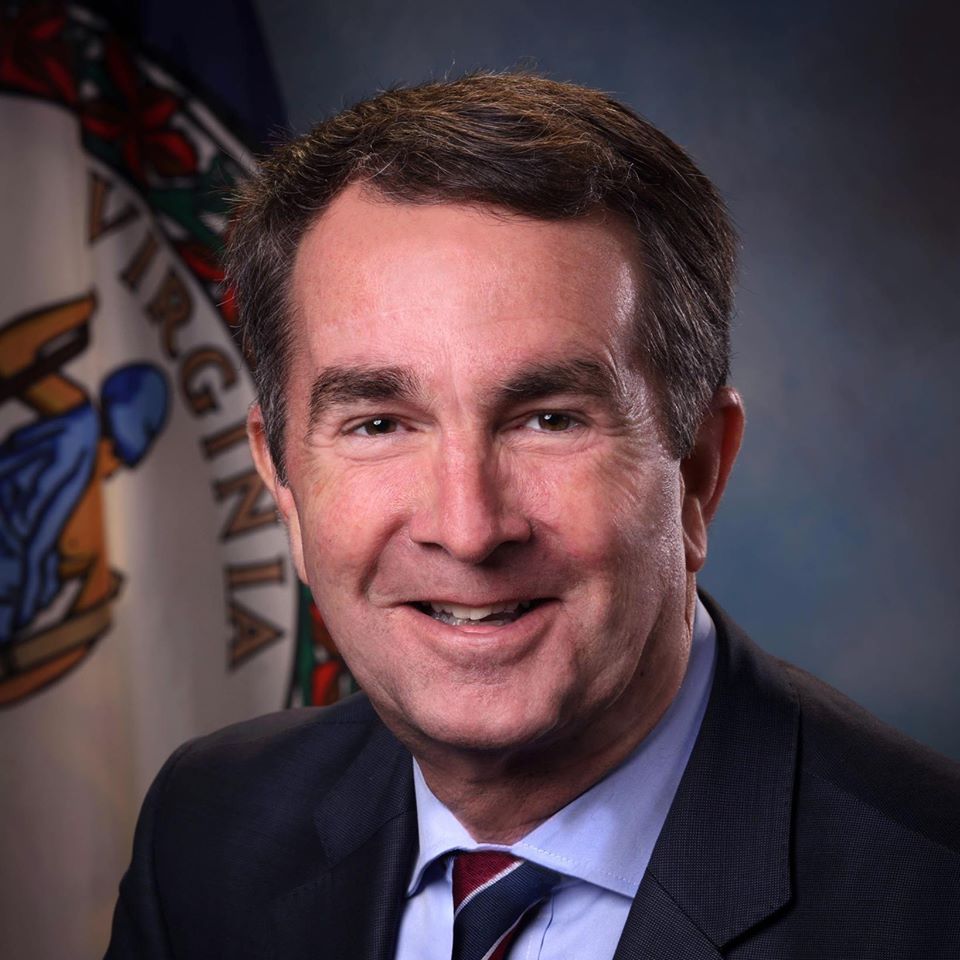 “We want to keep people safe. But, we shouldn’t use valuable law enforcement time, or costly prison space, on laws that don’t enhance public safety,” said Governor Northam during his State of the Commonwealth speech on Wednesday. “So, I’m proposing that we decriminalize simple possession of marijuana.” 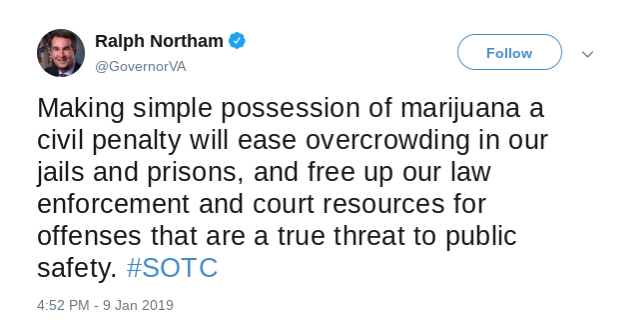 Northam ran on a campaign that highlighted marijuana decriminalization as a goal of his administration. The political environment in Virginia has never been more ripe with bipartisan support for common sense marijuana law reform like decriminalization.

“Current law imposes a maximum 30 days in jail for a first offense of marijuana possession,” said Northam as the crowd stood and cheered. “Making simple possession a civil penalty will ease overcrowding in our jails and prisons, and free up our law enforcement and court resources for offenses that are a true threat to public safety.”

“One mistake won’t define Virginians for the rest of their lives,” the governor said.

The impacts of marijuana prohibition on the Commonwealth are substantial. Almost 28,000 citizens were arrested for marijuana offenses in Virginia in 2017, an increase of 20% from 2016. It is estimated that Virginia spent $100M in 2017 enforcing marijuana prohibition, tax dollars that would be better allocated toward preventing and solving violent crimes.

“I represent a lot of young people, a lot of college students,” Norment, a lawyer, told his supporters. “I’m looking to give some of these people a hand, provided they do what they’re supposed to.”

"We applaud Governor Northam for this proposal," said Jenn Michelle Pedini, executive director of Virginia NORML. "Governor Northam was one of the first Virginia physicians to advocate for medical cannabis access for patients. He has long been ahead of the curve on the issue of marijuana law reform. Decriminalization is a common sense change that would save the Commonwealth millions in tax dollars, and supports core Virginia values like individual freedom, limited government, and fiscal conservatism."

Three out of four Virginians support fines not crimes for simple marijuana possession, according to a 2018 poll by Christopher Newport University.

Send a message to your lawmakers in support of decriminalization.

Track this and all marijuana-related legislation on Virginia NORML’s 2019 legislation monitoring page.