On May 13, marijuana reform activists from Maryland, Virginia, and Washington, DC gathered for the second annual Vanguard Awards to celebrate achievements in marijuana policy reform and to honor those who are leading the charge.  It was great to bring so many regional activists together. We can build synergy and enthusiasm in the reform movement by working collaboratively, and the success of this event proves just that! 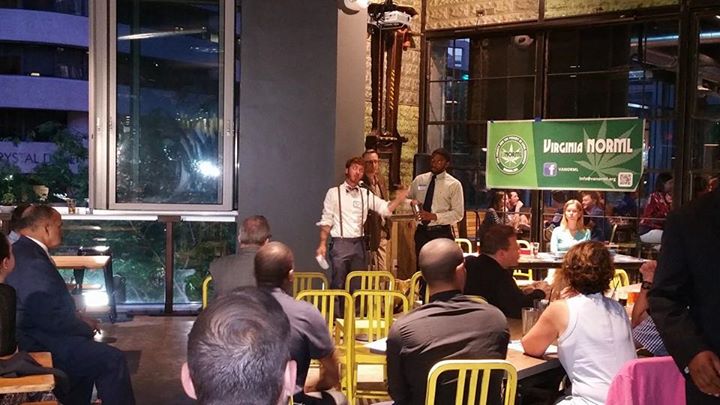 On a beautiful evening, with a view from the second floor terrace of the Highline bar in Crystal City, VA, activists from across the region celebrated their successes and enthusiastically shared plans for the future. In addition, a dozen excellent raffle prizes were awarded to lucky winners, including several portable Kuli vaporizers, a Syn water pipe, and a home hydroponics set, among other items donated by sponsors.

The festivities began with words from NORML representatives from DC, Maryland, and Virginia. Pam Novy, Executive Director of Virginia NORML, spoke briefly about the challenges and successes over the past year in Virginia. She drew a cheer from the audience when she spoke passionately about Virginia’s determination to legalize well before 2020.

Alex Jeffrey, leader of DC NORML, expressed both pride and pleasure in successfully achieving legalization in the District, the fact that residents can now legally grow 6 plants, and the ongoing challenges being mounted by Congress, particularly U.S. Representatives Andy Harris and Jason Chaffetz.

Judy Pentz, the Executive Director from Maryland NORML spoke about the decriminalization successes in Maryland and their very successful coalition-building efforts. Maryland has achieved a lot in the last few years, and other states can look to them as an example of how to successfully lobby a state legislature.

The Vanguard Award recipients were Senator Adam Ebbin from Virginia, Delegate Curt Anderson from Maryland, and Adam Eidinger, representing “the citizens of DC.”  All stressed the importance of continued work, incremental change and their personal efforts to advance marijuana policy reform legislation.

The keynote speaker was Betty Aldworth, who was instrumental in the passage of Colorado's amendment that legalized marijuana. Speaking on behalf of Students for Sensible Drug Policy (SSDP), the organization she now leads, Betty stressed the importance of understanding “where people are now” on issues related to reform. She stressed that we needed to understand this about our audience first, then work incrementally from there to change minds. For example, if a person opposes arrests, jail time and the associated tax-payer expense for simple possession, then a conversation about the benefits of decriminalization might be warranted. Another person might be open to the potential medical benefits of cannabis, therefore a conversation about health and the new science of cannabis might be warranted.  Betty stressed the importance of making the right argument at the right time to maximize progress in cannabis law reform. 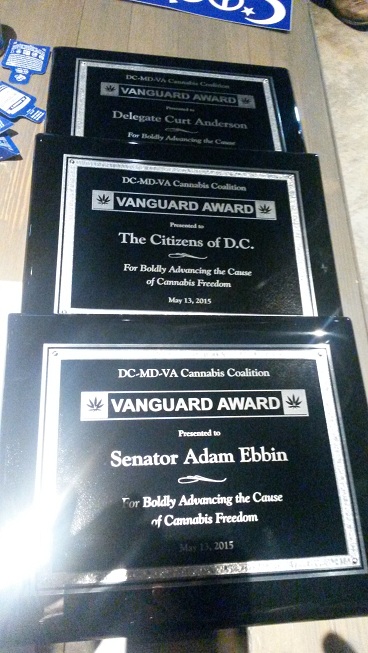