At Virginia NORML, we love it when local businesses step up and show support for marijuana law reform in Virginia.

Tortilla West in Norfolk has named Virginia NORML its non-profit of the month for December. They will be collecting donations for marijuana reform until the end of the year. 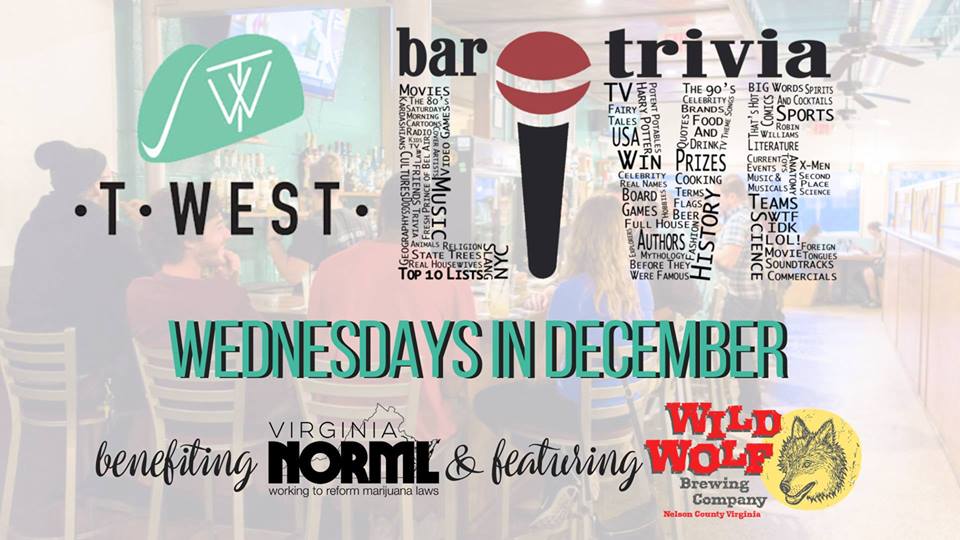 T-West, as the locals know it, has long been one of the favorite Mexi-inspired restaurants in Hampton Roads. Tucked away in Chelsea, a few blocks from Smartmouth, The Birch, and Chelsea Bakehouse, T-West is a beloved stop along Norfolk's Elizabeth River Trail. Tortilla West chose to honor Virginia NORML because they believe it is time for marijuana laws to change in Virginia.

We encourage you to support a local restaurant and Virginia NORML by attending an event at T-West this month, and throwing a few dollars in the hat for the cause:

Hampton Roads NORML Holiday Social on 12/20, followed by comedy from Plan B

Support what you love! Thank you on behalf of Virginia NORML to Tortilla West.